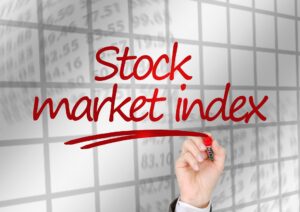 The Bank of England raised the UK base rate by 25 basis points to 1.0%, its highest level since February 2009, and warned the UK economy will slide into recession this year as higher energy prices push inflation above 10%. The Bank’s cautious tone on the outlook for growth caused investors to dial back their forecasts for the extent to which UK rates may rise.
The Conservatives lost hundreds of council seats in the local elections, with Labour gaining seats in London and the Liberal Democrats triumphing in the “blue wall”. The SNP retained its status as the largest party in Scotland with Labour moving to second place. Meanwhile, Sinn Féin became the largest party in the Northern Ireland assembly for the first time.
Shell reported its highest ever quarterly profits, with adjusted earnings rising to $9.1bn in the first three months of the year, almost three times the $3.2bn it recorded a year earlier. BP also recorded its highest quarterly earnings in more than a decade.

US
The S&P 500 lost 2.5% over the week, while the tech-heavy Nasdaq dropped 3.8%. This means US stocks have now posted five consecutive weekly declines. That represents the worst streak since June 2011 for the S&P 500 and November 2012 for the Nasdaq, when markets were being pummelled by the eurozone debt crisis and the aftermath of the global financial crash.

The Federal Reserve raised its benchmark policy rate by 50 basis points for the first time since 2000 and sent a strong signal that it intended to increase it by the same amount at the next two meetings. Fed chair Jay Powell indicated that a 75-basis-point rate rise was “not something that the committee is actively considering”.

Non-farm payrolls grew by 428,000 in April, matching March’s revised data. It was the 12th jobs report in a row to show a monthly gain of more than 400,000.
The US unemployment rate held steady at 3.6%, just shy of the level it stood at in February 2020 before the pandemic began. Average hourly earnings posted an annual increase of 5.5% in April.

Dovish European Central Bank policymakers have now indicated they are ready to accept an end to almost eight years of negative borrowing costs, increasing the chances that the ECB will raise rates in July.

Eurozone retail sales fell 0.4% over March as surging inflation and worries about Russia’s invasion of Ukraine offset the boost to consumer spending delivered by the lifting of pandemic restrictions.

German manufacturing orders fell 4.7% in March, held back by a 6.7% fall in export orders.

French factory output slid 0.5% in March, dragged down by a 7.3% drop in car production.

The EU proposed a ban on almost all imports of Russian oil, but Hungary blocked the move which requires unanimity among the bloc’s 27 member states.

The Reserve Bank of Australia raised interest rates by 25 basis points to 0.35%, its first rate rise in 11 years, as it attempts to stem the rising tide of inflation that hit 5.1% in the 12 months to March. The move comes just three weeks before a general election that is largely being fought over the rising cost of living.

Emerging Markets
The Reserve Bank of India raised rates unexpectedly by 40 basis points to 4.4%, its first hike in nearly four years. Rising prices of commodities, including crude and edible oils, both of which India imports in large quantities, led policymakers to make the first increase in borrowing costs since 2018.