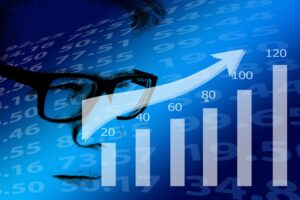 US stocks slumped as earnings at high-profile tech companies missed expectations. Elsewhere however, stocks were supported by hopes that Chinese authorities would take action to safeguard China’s economy from further widespread coronavirus shutdowns.

UK opposition parties stepped up their calls for the government to impose a windfall tax on leading energy companies.

The chancellor launched a consultation on radically changing the rules governing insurance companies, with the aim of allowing them to invest tens of billions of pounds more in infrastructure, including green energy.

Unilever raised prices by 8% and warned that inflation will accelerate in the second half of this year.

The S&P 500 lost 2.3% over the week, while the tech-heavy Nasdaq dropped 2.5%. The S&P 500 slumped 8.8% over April, its worst monthly performance since the start of the pandemic in 2020, while the Nasdaq tumbled 13.3%, touching a one-year low and marking its worst monthly decline since October 2008, after the collapse of Lehman Brothers had rocked financial markets.
US GDP shrank an annualised 1.4% in the first quarter, its first contraction since mid-2020. A growing trade deficit weighed on GDP growth as did a drop in business inventories, but the weak headline figure belied strength in American household incomes. Personal consumption grew 2.7% in the first quarter while business investment rose 9.2%. This means the contraction is unlikely to change the Federal Reserve’s plans to raise interest rates by 50 bps at its May meeting.

The University of Michigan’s consumer sentiment index rose to 65.4 in April from 59.4 in March, the first improvement so far this year, helped by a strong labour market and falling petrol prices.

Google parent Alphabet reported a $1.5bn drop in quarterly profits, citing a slowdown in European advertising spending at its YouTube division, driven by Russia’s invasion of Ukraine. Apple warned that supply chain shortages and Chinese factory shutdowns could cost it up to $8bn in the quarter to June. Amazon reported its slowest quarterly revenue growth, citing falling online sales and rising costs, as well as over expansion during the pandemic. Facebook parent Meta posted its slowest revenue growth since going public but beat expectations. Microsoft also topped analysts’ expectations for revenue and earnings in the latest quarter, with chief executive Satya Nadella predicting that tech spending would remain strong even if economic growth slowed. Of the more than 250 S&P constituents that have reported first-quarter results, about 80% have beaten earnings forecasts, according to FactSet.
Tesla slid on fears Elon Musk will sell part of his stake in the company to finance the purchase of Twitter.

The FTSEurofirst 300 fell 0.5% over the week as a relief rally after a decisive victory for Emmanuel Macron in France’s presidential election proved short-lived.

Russia stopped supplying gas to Poland and Bulgaria after the countries refused to pay in rubles. Several European gas distributors in Germany, Austria, Hungary and Slovakia had reportedly been planning to comply with the arrangement. But the EU warned European buyers that they would still be in breach of sanctions because it would involve using Russia’s central bank to convert euros to rubles. Poland said it had plenty of gas in reserves and will not need Russian gas from this autumn as it has invested in infrastructure to help it source gas from alternative sources. Bulgaria has one month of gas in reserve and said it was looking to secure alternative sources.

Christine Lagarde, ECB president, opened the door to a rate increase in July, but stressed that the ECB was “facing a very different beast” to the US Federal Reserve, particularly given the war in Ukraine.

Eurozone GDP grew 0.2% in the first quarter, following a 0.3% expansion in the final three months of 2021. France’s economy stagnated in the first quarter, while Italian and Spanish output contracted. Germany was the only one of the four biggest EU economies to beat expectations, as it posted meagre growth of 0.2%.

The Japanese yen fell to a 20-year low against the US dollar after the Bank of Japan vowed to keep bond yields at zero.

Chinese equities sold off sharply amid fears that Beijing would be placed into lockdown. Shanghai has now been in lockdown for more than four weeks. China’s zero-Covid policy has put the country’s stocks on track for their steepest monthly loss in six years. China’s politburo, the Communist party’s decision-making body, promised to “strengthen macro adjustments” and “achieve full-year economic and social development goals”.

Bonds
The yield on the 10-year US Treasury bond closed the week unchanged at 2.9%.

Russia said it used US dollars to make overdue payments on its foreign debt, heading off a possible default.

The US dollar index reached a 20-year high on expectations of aggressive Fed action.

The euro tumbled to a five-year low against the US dollar as investors bet the European Central Bank will struggle to match the pace of monetary tightening across the Atlantic, particularly as the war in Ukraine casts a shadow over the bloc’s economic recovery.

The Chinese renminbi declined more than 4% against the US dollar over April, its steepest monthly fall on record as China’s economy reels from severe Covid-19 lockdowns and the US Federal Reserve prepares to raise interest rates, driving global investors to ditch Chinese assets.

The sell-off also spread to other EM currencies, particularly those of commodity exporters such as the South African rand and Brazilian real amid fears that China’s slowing economy would hit demand.