The integration between the two companies means that the live availability status of GRIDSERVE Electric Highway charging locations are now visible on Zap-Map, so electric vehicle drivers can plan charging stops easier via a network that can be relied on, without range or charging anxiety throughout the UK, and for whatever type of electric vehicle they drive.

GRIDSERVE is a leading sustainable energy company that develops, builds, owns and operates clean energy solutions for critical power infrastructure. The company completed the purchase of the Electric Highway, the world’s first national EV charging network, from Ecotricity back in June.

The company’s investment in the GRIDSERVE Electric Highway has meant that legacy chargers have been replaced in just four months with the latest technology at over 85 locations across the UK. The new chargers feature the latest advances, such as contactless payment, with some chargers capable of providing the fastest possible charging speeds of up to 350kW.

GRIDSERVE are currently fitting the latest high-power charging technology that will see the installation of more than 50 high power Electric Hubs with between six and twelve 350kW chargers in each location to be delivered across the UK motorway network, as well as constructing multiple Electric Forecourts® and destination charging Electric Hubs right across the UK.

“It is so important for EV drivers to be able to see live status data when planning their journeys. The GRIDSERVE Electric Highway chargers are situated at critical locations across the UK, and we are delighted to be working closely with GRIDSERVE to display live status on Zap-Map. This will be welcome news to EV drivers, as we know they love the existing live data on Zap-Map, giving them more confidence as they get out and about in their EVs.”

“Zap-Map recently released a new version of the app that provides key updates to the existing free features, especially enhancements to route planning and filtering. As part of this, Zap-Map also introduced Zap-Map Plus and Zap-Map Premium, which provide additional new features for drivers to help them plan quicker and drive smarter.” 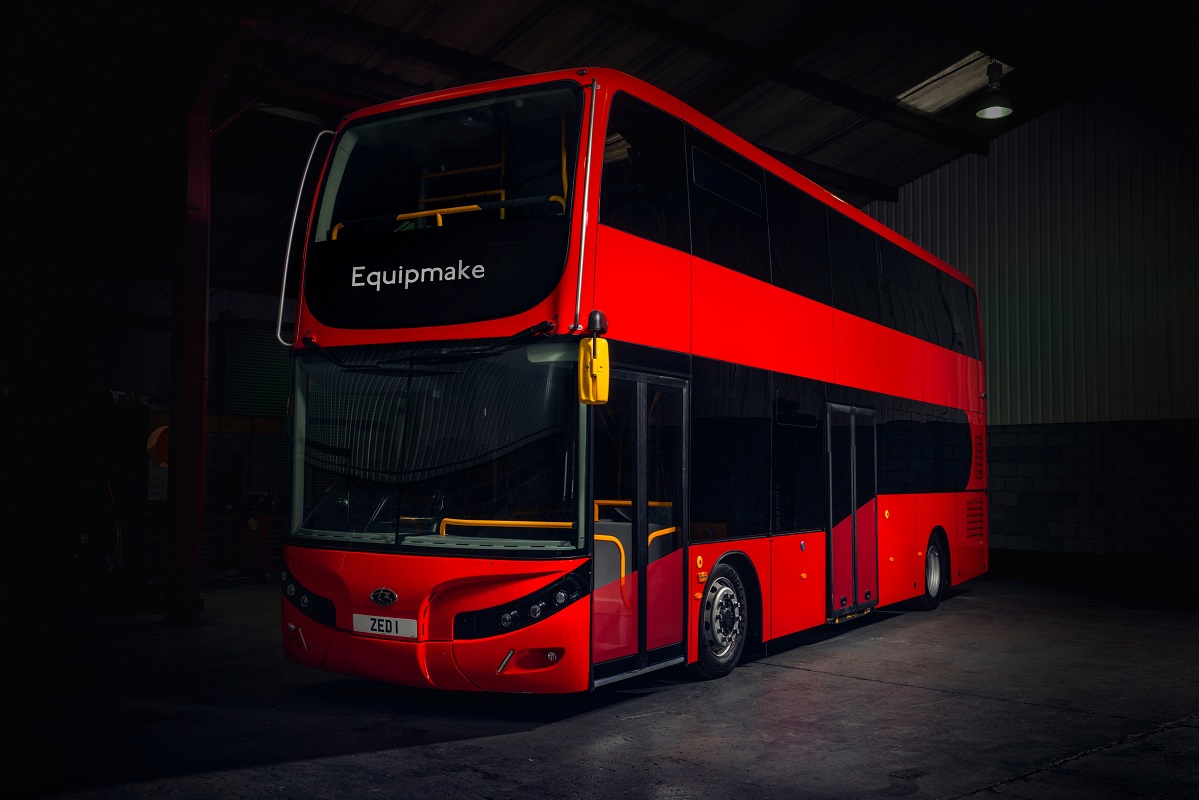 Equipmake, the leading commercial vehicle electrification specialist, has just launched a state-of-the-art electric bus, named Jewel E, which it has been built in partnership with Spanish coachbuilder Beulas. The new bus has a range of up to 250 miles, which is the longest of any electric double decker in the world.

The bus features a cutting-edge British-built electric powertrain that was designed and developed at Equipmake’s purpose-built facility in Norfolk, with the body produced by Beulas in Girona, Spain.

Jewel E is a cost-effective and highly efficient electric double decker bus that will help reduce local emissions in cities, thereby improving air quality as well as reducing the running costs for operators.

The global electric bus market is expected to increase from 300,000 vehicles per annum to one million vehicles by 2030.

This new electric bus will be manufactured next year at an all-new facility in Norfolk, bringing new jobs to the area as well as playing a key role in helping the Government achieve its target of introducing at least 4,000 more British-built zero emission buses into the UK market by 2024 through its Bus Back Better national strategy.

Jewel E is the first electric bus to meet Transport for London’s 2024 bus safety standard requirements. Testing of Jewel E will begin in Q4 of 2021, with the first vehicles expected to start in-service trials in Q1 of 2022.