BEV and PHEV model owners have access to the largest charging network in the UK and can enjoy a streamlined one-payment solution via a single app or single radio-frequency identification (RFID) card and gives Hyundai drivers access to over 15,000 charge points across the UK. Drivers will be able to use charge points from most of the main operators using a single platform, with a flexible pay-as-you-go tariff making the use of public charging more straightforward and convenient.

“We’re excited to introduce Charge myHyundai to the UK for Hyundai electric vehicle customers as we know that public charging is one of the biggest perceived barriers for EV ownership. Charge myHyundai provides a comprehensive service where customers can easily locate and access public chargers, with a simplified payment solution giving BEV & PHEV owners peace-of-mind.

“You’ll see that as we continue to launch our next generation of electric cars, like the forthcoming IONIQ 5, Charge myHyundai will be integrated into the car’s head unit making it even more convenient and seamless.”

Charge myHyundai can be downloaded on iOS and Android devices. It also enables intelligent route planning to help users find charging stations easily along their route. They will have real-time price information of the charging points in the app and full price transparency of the charging service. The great advantage of this simple pay-as-you-go (PAYG) tariff is that it gives drivers the freedom to charge whenever and wherever they need to with no monthly subscription fees.

The Charge myHyundai app gives drivers a lot of information at the touch of a finger, including the charging network map, tariffs and the customer’s Charge myHyundai account management. Another advantage is that Charge myHyundai can also be used in conjunction with Hyundai’s Bluelink® Connected Car Services, connecting drivers to their cars through their smartphones via the Bluelink app. 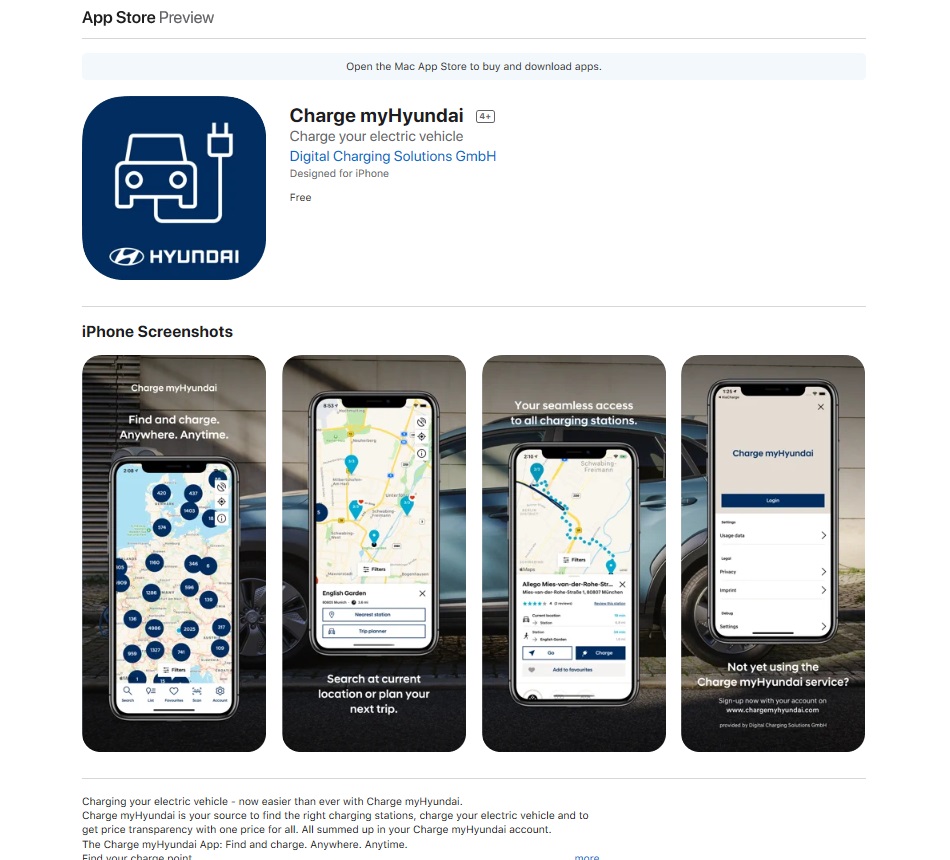 Parking technology provider YourParkingSpace and EVBox, one of the world’s leading EV charging solutions companies, have formed a new partnership in an effort to revolutionise how and where motorists can charge their electric vehicles.

EVBox is one of the world’s leading EV charging station companies and has over 200,000 charge points installed around the world across 70 countries, spanning domestic, commercial and rapid public chargers.

The plan is to ultimately see the roll-out of pre-bookable EV park and charge points across the UK, including locations in retail and hospitality car parks, so motorists know where charge points will be available when they arrive at their destinations, be it a shopping mall or hotel car park.

A successful trial was carried out at the Holiday Inn Express Bicester, operated by Atlas Hotels, and is set to drive YourParkingSpace’s ambition of ensuring that UK motorists are never more than 20 minutes away from an available charge point, which can be booked and paid for in advance through the YourParkingSpace app.

“Utilising our industry-leading technology YourParkingSpace is turning parking assets into connected mobility hubs. This partnership with EVBox is hugely exciting, enabling us to rapidly scale the deployment of charging stations for electric vehicles, scooters and other emerging micro-mobility services.”

“As eMobility continues to rapidly rise in the UK, the revolutionary partnership between YourParkingSpace and EVBox Group will address the growing demand for accessibility and availability of EV charging ports, while creating a new era of commercial charging in the UK.”

UK car production fell -27.3% in January to 86,052 units, according to the latest figures by the Society of Motor Manufacturers and Traders. This was the worst January performance since 2009, and a 17th consecutive month of decline. A number of factors affected output, including the ongoing effects of the pandemic, global supply chain issues, extended shutdowns and friction in the new trading arrangements following the end of the Brexit transition period.