According to new figures from leading electric vehicle leasing company DriveElectric, over 200,000 new battery electric vehicles (BEVs) will be registered in the UK this year.

This number is based on DriveElectric’s own forecasts, representing a significant increase on the number of BEVs registered in 2020, which totalled 108,205, which despite all the problems of the COVID-19 pandemic, exceeded DriveElectric’s January 2020 forecast of 98,500 BEV registrations. It should also be noted that these figures do not include PHEVs (plug-in hybrids).

DriveElectric is predicting that from 2025 onwards, they expect to see around 50 per cent of all new car registrations being EVs as the number of new petrol and diesel vehicles declines ahead of the 2030 ban on internal combustion engines.

“It is interesting to see that battery electric vehicle registrations in 2020 exceeded our forecast despite the COVID-19 pandemic. In 2021 there will be even more EV models on sale, so motorists looking to save money on running costs and to banish tailpipe emissions will have even more choice.” 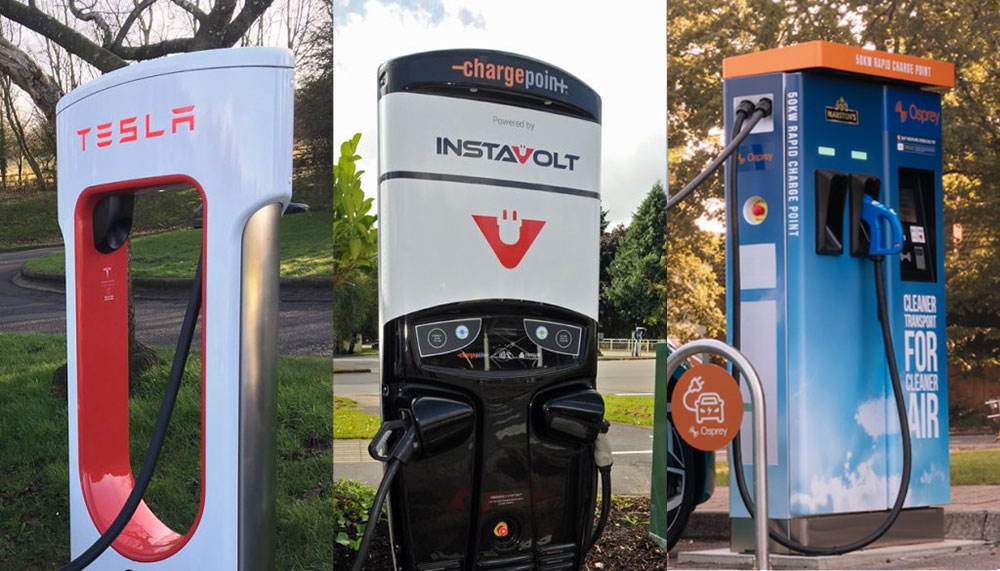 The survey’s sample of over 1,500 Zap-Map users, shows that Tesla retains its top spot as the country’s best EV charging provider, with their network receiving the highest ranking, with one driver even saying that Tesla’s service is “the standard all networks should aspire to”.

Runner up is InstaVolt, which is the top placed multi-brand network, which has managed to retain its second spot for the third year in succession. One InstaVolt user commented that the network is “modern, super reliable, generally come in pairs and contactless payment is a huge plus”.

Third place goes to Osprey (formerly Engenie) which scores highly for its reliability and ease of use. One Osprey user complimented the network’s services as “nice and visible, good locations, simple to use”. 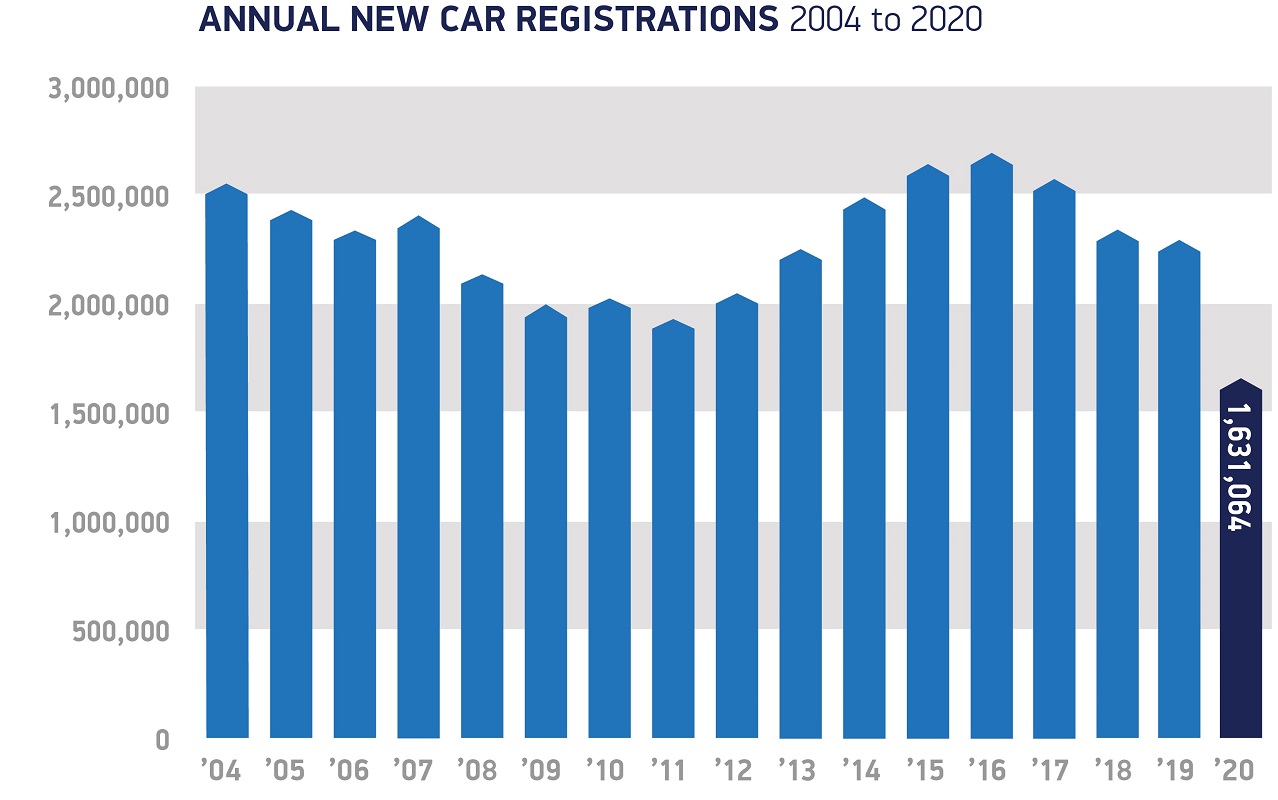 The UK new car market fell by almost a third at 29.4 per cent in 2020, with annual registrations plunging to 1,631,064 units, according to recent figures by the Society of Motor Manufacturers and Traders. A -10.9 per cent decline in December ended what has been a turbulent 12 months for the industry, with the demand for new cars falling by 680,076 units to its lowest level since 1992.

“2020 will be seen as a ‘lost year’ for Automotive, with the sector under pandemic-enforced shutdown for much of the year and uncertainty over future trading conditions taking their toll. However, with the rollout of vaccines and clarity over our new relationship with the EU, we must make 2021 a year of recovery. With manufacturers bringing record numbers of electrified vehicles to market over the coming months, we will work with government to encourage drivers to make the switch, while promoting investment in our globally-renowned manufacturing base – recharging the market, industry and economy.” 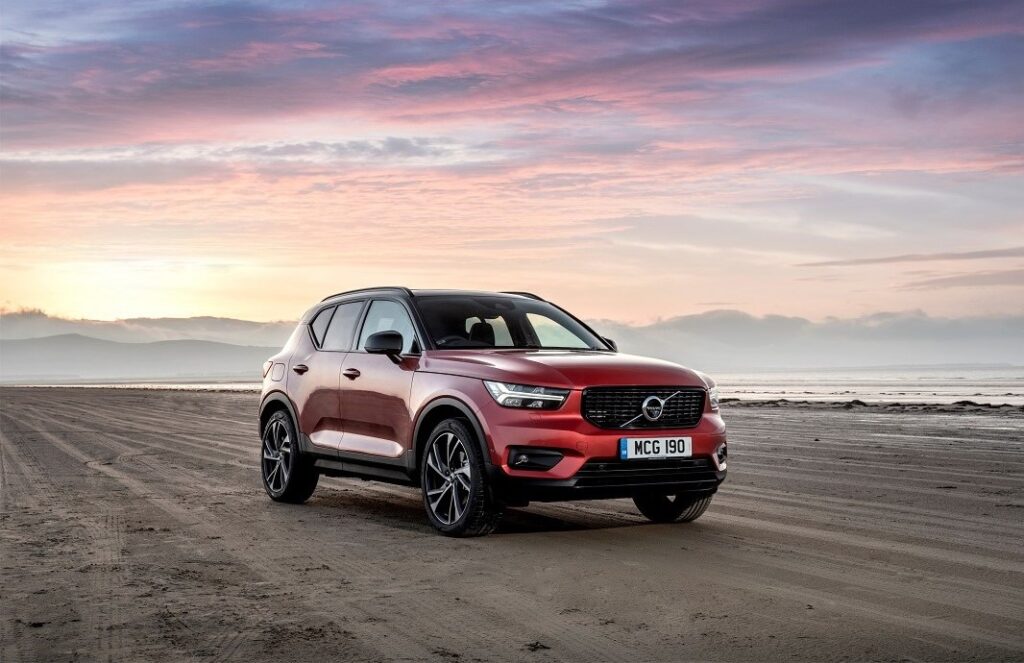 Volvo Cars increases market share in the UK in 2020

Volvo Cars UK increased its share of the UK new car market in 2020 despite the challenges of the COVID-19 pandemic. Volvo ended the year with a 2.85 per cent share of the total market, which is a significant improvement on its 2019 performance of 2.43 per cent.

Volvo remains one of the fastest-growing premium car brands in the UK, with its most popular model, the XC40, being awarded the UK’s best-selling premium SUV, with 25,023 sales in 2020. It was also the 10th best-selling car of all in the UK last year.

Volvo have also taken a lead in electrification by rolling out plug-in hybrid (PHEV) variants across its entire UK model range, and saw its PHEV sales reach 7,104 units, almost twice the number delivered in 2019, which accounted for 15 per cent of its new car sales.

Volkswagen Group UK, who import all Volkswagen Passenger Cars, which include Audi, SEAT, CUPRA and ŠKODA cars, as well as Volkswagen Commercial Vehicles, achieved a combined UK market share of new cars and light commercial equating to over 1-in-5 sales for the first time, according to latest figures from the Society of Motor Manufacturers and Traders.

Volkswagen registered 360,454 cars in the UK, growing the group’s UK share of the passenger car market from 20.9 per cent to 22.1 per cent in the year. This was against the backdrop of the SMMT reporting an overall sharp drop in passenger car demand of -29.4 per cent to 1.63 million cars in 2020.

Strong performance came from Volkswagen’s plug-in hybrid and battery electric vehicles which, combined, increased by over 300 per cent for the passenger car brands with close to 23,000 cars.