70 per cent of PEUGEOT models will be electric in 2021

It was just three years ago that PEUGEOT began its electrification journey with the launch of the PEUGEOT e-208. Subsequently, the company has launched a series of pure electric models, including the e-2008, e-Traveller and e-Expert, alongside new Plug-in Hybrid versions of the 3008 and 508.

The success of PEUGEOT’s new electric and plug-in hybrid range has made it the second best-selling automotive brand in Europe in the first five months of 2021 and the third best-selling manufacturer in Europe for electrified vehicles this year, with the e-208 and e-2008 models ranking in second place in their respective Battery Electric Vehicle segments.

Electrification is very much at the core of the PEUGEOT’s strategy, and the soon to be launched new PEUGEOT 308 will offer two rechargeable hybrid engines on its saloon and SW estate versions. This will mean that PEUGEOT’s vehicle range will be 70 per cent electric by the end of this year for both passenger cars and commercial vehicles. Then by 2023, 85 per cent of the company’s models will be electrified, with 100 per cent electrified by 2025.

“Electrification is at the heart of our “Power of Choice” strategy, which gives our customers the option to choose the powertrain that suits their needs, whether conventional or electrified. The excellent sales results of our electrified models show that in Europe, this strategy is bearing fruit. Internationally, even in markets where electrification is emerging, we will use our portfolio of electrified models to stand out as an inventive, premium generalist brand. Wherever we are, we want to be real drivers of progress.” 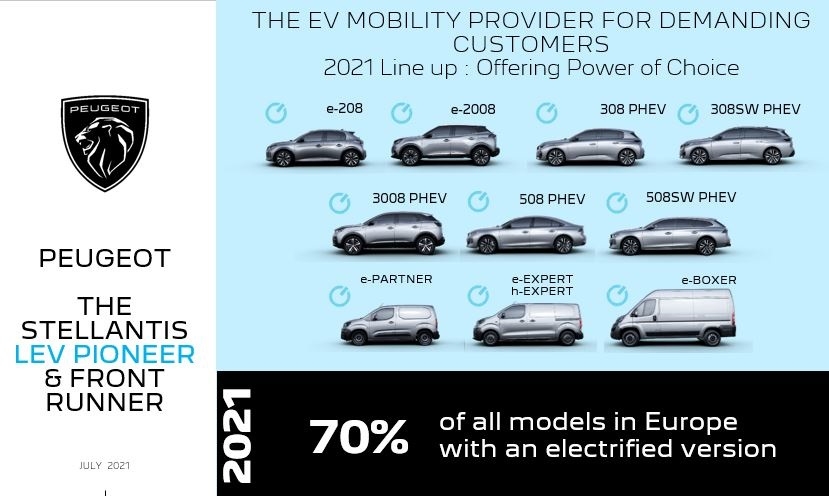 Over four million vehicles are owned and operated by BVRLA members, who between them buy around 50 per cent of all new vehicles sold each year in the UK and expect to have around 900,000 battery electric cars and vans on their fleets by 2025.

“The plans being launched today show the Government’s determination to deliver on its zero emission transport targets.

“The ambitious timescales involved in the phase-outs for the sale of polluting cars, vans and trucks leave little room for error. It is vital that the policymakers continue to engage with a wide cross-section of road users to understand the risks, challenges and opportunities that are being thrown up by this swift transition.

“Today’s ‘Greenprint’ provides some essential clarity and certainty for road users, but there are still major questions that need answering, including what longer-term plans the Government has for motoring taxation.”

Cubic Telecom, the connected software solutions provider to the automotive industry, has welcomed the EU Commission’s proposal for the reduction to zero of CO2 emissions from new cars sold in the EU bloc by 2035. The plan will effectively ban sales of cars with petrol and diesel engines from this date.

Barry Napier, who is CEO of the Dublin-based company which supplies its connected software to manufacturers such as Audi and VW, commented:

“The announcement from the EU Commission is welcome because it gives makers of combustion engines certainty that didn’t previously exist. It also gives us certainty knowing that from 2035 we will only be supplying EVs with our software. Ultimately, the entire automotive industry can now start to plan accordingly and that surely must be a good thing.”

Cubic Telecom’s connected software solution is currently used in VW’s ID. Range, the Audi eTron, and Arrival’s fleet of commercial vehicles. Customers use the online navigation system updates in real time with live traffic information and nearby points of interest, enabling drivers to circumvent trouble spots and get to their destination more efficiently.