The upcycling of cars

Current UK legislation ensures that at least 95% of a scrapped car is recycled and as a result car scrapping in the UK can retrieve as many as 30 billion parts a year from vehicles that are no longer roadworthy.

As you would expect, steel is the largest resource salvaged with an estimated 900,000 tonnes retrieved every year. Aluminium is the second highest resource salvaged and being a lightweight metal, it has many uses other than in cars. The turnaround is surprisingly quick with recycled aluminium being processed into new cans and back on shop shelves in just six weeks.

In addition to metals, scrapyards can salvage over 150,000 tonnes of plastic each year where it can be turned into items such as sustainable clothing and dog collars.

Hyundai Motor Group has announced that it will host ‘Hydrogen Wave’ this month, which is a global virtual forum representing the Group’s plans for a new ‘wave’ of hydrogen-based products and technologies. The forum will be providing an insight into the Group’s future vision of a sustainable hydrogen society.

Exclusively online, this forward-thinking forum will begin on 7th September and will be live streamed on the Group’s YouTube channel where it will Investigate and explore the concept of a future sustainable hydrogen society. Hydrogen Wave will be open for participation to industry, media and the wider public.

To give you a flavour of what’s in store at the forum, the Hyundai have put together three short teaser videos on its YouTube channel: Hydrogen Wave 1, Hydrogen Wave 2, Hydrogen Wave 3 and has also launched a microsite proving a glimpse of future hydrogen products and technologies that will be unveiled at Hydrogen Wave.

State-of-the-art future fuel cell electric vehicles along with other innovative applications will be unveiled during the forum with cutting-edge hydrogen application systems and products from the Group’s affiliates also being presented, showcasing and detailing how a hydrogen society can be formed and realised. 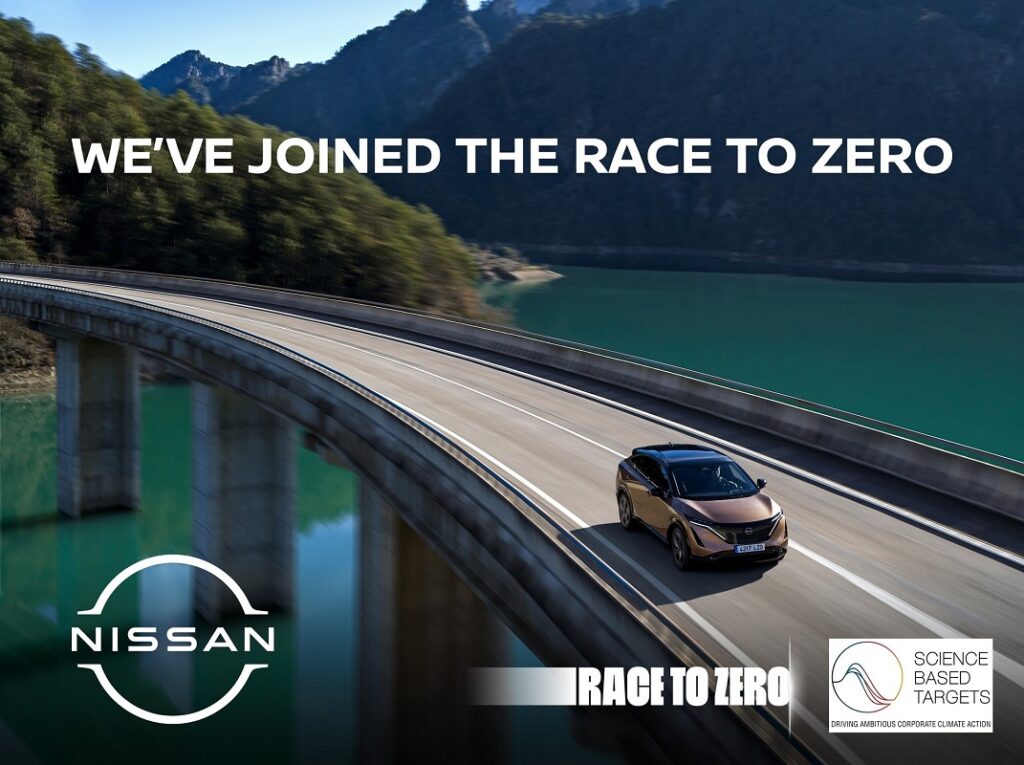 Nissan to join ‘Race to Zero’

Nissan has announced that it has joined the Race to Zero campaign which is supported by the United Nations that will accelerate the company’s full electrification and carbon neutrality goals. They are in fact the first Japanese car company to join the campaign.

“Through joining the SBTi and participating in these campaigns, we are renewing our determination to work with like-minded companies and local governments around the world to solve the challenges of climate change and realize a sustainable society.

“To accelerate global efforts to achieve carbon neutrality, Nissan will continue to address various issues in a responsible manner, including further promotion of electrification. Also at Nissan we are determined to fulfil our role as a company that will continue to be needed by our stakeholders in the future.”

Eleven years ago, Nissan launched the LEAF, which was the world’s first mass-market electric vehicle, and continues to bring innovation to zero emissions driving and zero emissions power.

Earlier this year Nissan pledged to achieve carbon neutrality across its operations and the life cycle of its products by 2050 and is looking to accelerate these efforts through initiatives like Nissan EV36Zero, which is a new manufacturing blueprint combining electric vehicle production, battery manufacturing and renewable energy generation.