Global equities and bonds generally weakened as speculation grew that the Federal Reserve would raise rates more than three times in 2022 after US inflation hit the highest level in almost 40 years.

Talks between the US and Russia failed to allay fears that Russia is about to invade Ukraine. 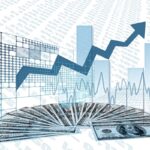 UK GDP expanded by a faster-than-expected 0.9% in November, meaning the UK economy was 0.7% larger than in February 2020 when the pandemic started to hit growth. However, the Omicron variant is expected to have depressed growth again in December.

Prime Minister Boris Johnson faced a growing number of calls to resign after he admitted he had attended a party at Number 10 when the country was under strict lockdown measures.

GlaxoSmithKline rejected a £50 billion bid from Unilever to acquire its consumer health joint venture with Pfizer.

S&P 500 earnings growth of nearly 22% is forecasts for the final three months of 2021, following an increase of almost 40 per cent in the previous quarter. Energy, industrials and materials are expected to see the highest rates, while earnings growth may shrink in the utilities and financials sectors. [READ MORE…] 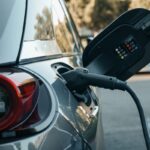 2022 looks set to be an important year for the electric car. Electric vehicles (EVs) are on track to set a sales record, according to recent reports as interest surges. Whether you’re a consumer or a business with a fleet looking to invest, you may not yet have given much thought to insurance. But Elon Musk has. He is planning to use telematics data from Tesla vehicles to build a new insurance operation. Musk recently announced his strategy in an earnings call with investors. And that has left many asking how insurance for an EV might differ to the traditional car.

If you go ahead and buy an EV, your insurance policy will likely look much the same as before but with some notable differences. Whilst this trend has many advantages, its gradual increase in popularity will likely come with insurance implications as indicated by our recent survey. FWD’s research showed that 90% of brokers who place motor insurance believe that EVs, new energy and technology will have a significant impact on insurance policies for their clients. [READ MORE…]

What some of our clients have to say about us

“FWD has been instrumental in supporting Oak’s continued business expansion which has necessitated a global PR approach, ensuring we achieve the most relevant exposure for our needs. We’ve seen an uptick in media coverage and digital engagement, along with a steady upward trend in our PR KPIs. Not only does the FWD team add value to our internal operations, they work as a seamless extension to Oak’s in-house team, building strong relationships to ensure an unmatched service experience.
We’re pleased to be working with the forward-thinking team at FWD. Their sector-specific knowledge and commitment to delivering timely results has been refreshing.”

“FWD Research have provided BIBA with a comprehensive and reliable research service over a number of years. We have successfully used their findings to understand market developments, our members and importantly, used research to promote brokers and support our lobbying campaigns”.

“FWD have a deep understanding of the UK General Insurance market and have consistently delivered actionable insights against challenging briefs. Their deep understanding and broad network within the UK broker marketplace makes them an invaluable research partner. I would not hesitate to recommend them.”
Let’s mix up the font and use itals to bring it to life. Property picture if we have one or use iStock.

“We have retained many of the major global PR agencies in the past. However, FWD was the only PR firm which really understood us. They just got what we stood for and what we wanted to achieve.”

Paris la Défense, 20 January 2022 – Worldline [Euronext: WLN], the European leader in the payments and transactional services industry, is proud to announce that it has been awarded for the second time with the “European Top Employer” 2022 prestigious certification by the Top Employers Institute, a global authority that recognises excellence in people management.

Becoming the employer of choice in the payments industry

Worldline is proud to be recognised once again as a European employer of choice, rewarding its long-term commitment and efforts in settling exemplary managerial and people practices within the company. In 2020 and 2021, Worldline already received local certifications from the Top Employers Institute in Belgium, Poland, Austria, Germany and The Netherlands. The 2022 certification includes four more countries: France, India, New-Zealand and Switzerland, plus Worldline’s joint venture PAYONE, altogether joining Worldline’s top employers’ countries league.

The Top Employers programme certified 1,847 companies and is recognized in 120 countries worldwide and is an in-depth external audit of Human Resources and People Management practices. The Institute evaluation covered all Worldline’s Human Resources domains through various extensive surveys and audits, enabling to assess the company’s internal practices and policies in Compensation & Benefits, Learning & Development and Recruiting, also involving many stakeholders within the company… [READ MORE…]